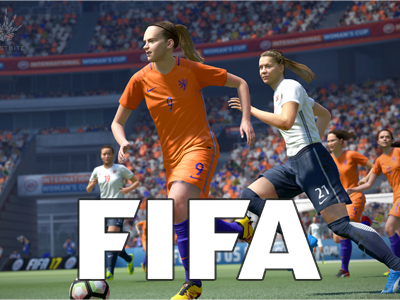 Do you want to experience exhilarating football matches and play highly-competitive games against your friends and fellow football fans? Look no further than FIFA Soccer! Electronic Arts’ premiere football game franchise has a new release and it packs a lot of fun features to satisfy your football-related needs!

Play with friends in highly competitive matches by using the current team roster, or create an entirely new roster that consists of your favorite Players. You can also team up current Players alongside legendary and iconic footballers such as Zidane!

FIFA Soccer introduces the Head-to-Head game mode where players can have 11-man teams consisting entirely of actual players. This adds a more team-centric dynamic since players will need to coordinate and strategize with one another as well as execute their plays properly in order to score exciting goals against the opposing team.

As your team wins their Head-to-Head matches, you are rewarded with prizes depending on your tier. There are also weekly and monthly performance ratings for each team – compete against other players and win matches in order to climb up the ranks and your respective divisions to get more lucrative rewards.

Such gameplay additions further emphasize the importance of cultivating and preserving team chemistry between players. This way, each player can enter each Head-to-Head matchup focused and ready to win the coveted prizes for the team.

There are quite a number of tournaments available in FIFA Soccer. Two of the most popular tournaments are the UEFA Champions League and UEFA Europa League. Players can challenge opponents in these competitions as well as other playable Live Events that correspond with the real-world tournaments that are currently ongoing. Completing these tournaments and events will reward players with special UCL and UEL Players they can use to further bolster their respective team rosters.

Moreover, FIFA Soccer also rotates more than 650 events that have different prizes to be won. Players who want to climb up the leaderboards and get more lucrative rewards can participate in the weekly, monthly, and the new World Tour events.

This iteration of FIFA Soccer has a robust roster of football players from across the world. Players can choose their favorite ball club such as FC Barcelona, Real Madrid, Piemonte Calcio, Manchester City, and other famous teams and play against the competition.

FIFA Soccer also gives players the option for players to create the best football club by putting the best football players into one team. Avid football fans who want to have Lionel Messi and Cristiano Ronaldo play together can do so. Football players from the Premier League, La Liga, Ligue 1, Bundesliga, Serie A, and MLS can be chosen to fill up fantasy rosters and can be used in online matches.

Moreover, you can also focus on a specific football player from any of the teams and train him to become a superstar. Seeing your footballer rise among the ranks to become a well-known specialist in his team is truly satisfying, especially for fans of specific players.

Create the perfect Football Club and dominate the competition with your masterful skills!